A fortnight stuck in monsoon conditions on a Thai island meant a holiday where I spent more time staring at international tv channels in my room than at any sparkling seas or golden sunsets. Battling solitude I became fascinated in taking photos of the television screen to see what still images could be mustered against the relentlessly orange walls. Themes of racial disempowerment, Western political power plays and distorted imagery from commercial music videos emerged among the strongest images captured.

Jac Lynch is a Wellington resident. The photos for The Orange Room were taken in December, 2010. 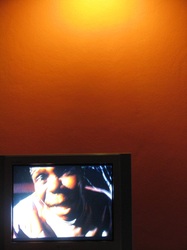 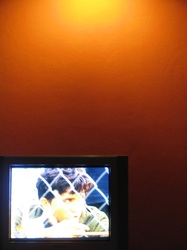 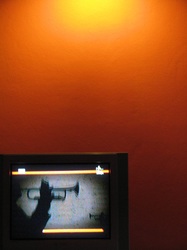 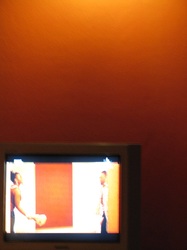