This fax art installation was commissioned for an exhibition exchange in 1998 to mark the sister-city relationship between Dunedin and Edinburgh celebrating the 150th Anniversary of Otago. Here, the electronic messenger delivers an anonymous, seemingly endless image which translates as the mechanical embodiment of the artist/sender. Ideas surrounding culture and technology operate alongside distance and communication within the realm of time-based media.

A 20 metre continuous image will emit from an obsolete fax machine over one week. This time-in-motion piece reveals more on return visits to the gallery. Imagery and text is borrowed from various sources and digitally composed within a grey scale background, symbolising darkness moving towards the light. Included are penned letters and local government insignia released from the Otago Settlers Museum archive. Together, these fragments represent one type of European cultural perspective, my own Scottish origins.

Interestingly, the existing mechanical degradation of the image caused by the fax machine, now includes the deterioration effect of age on the thermal fax paper due to 13 years of storage. This only adds to the notion of colonial culture as a recycled facsimile copy taken from an original, its constant re-telling like a game of Chinese Whispers. - Andrea Selwood, 2012 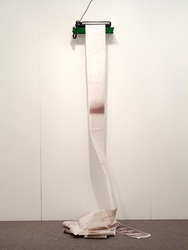 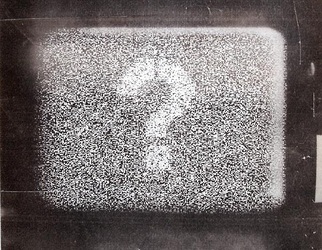 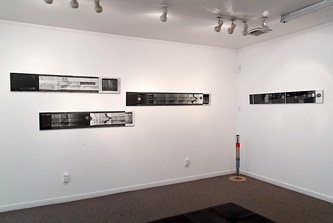 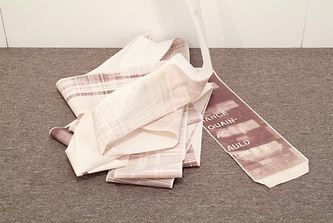 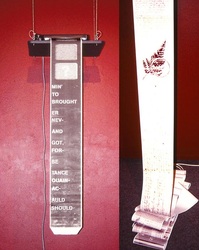